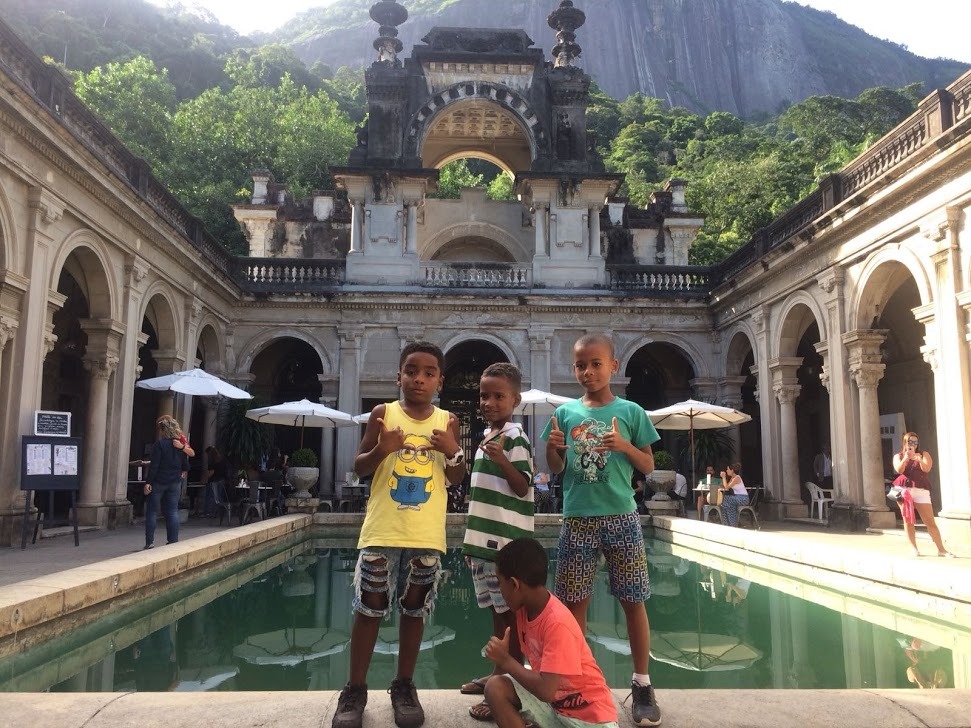 by Jessica Müller, with the help of Roger Pinheiro and Hannah van Akkeren – EduMais volunteers

Today I was very fortunate to have had the chance to talk to two EduMais volunteers. Roger told me about the game design classes he teaches and Hannah shared her experience as a volunteer at the after-school program. Let me share with you what I have learned and how Edumais broadens horizons! 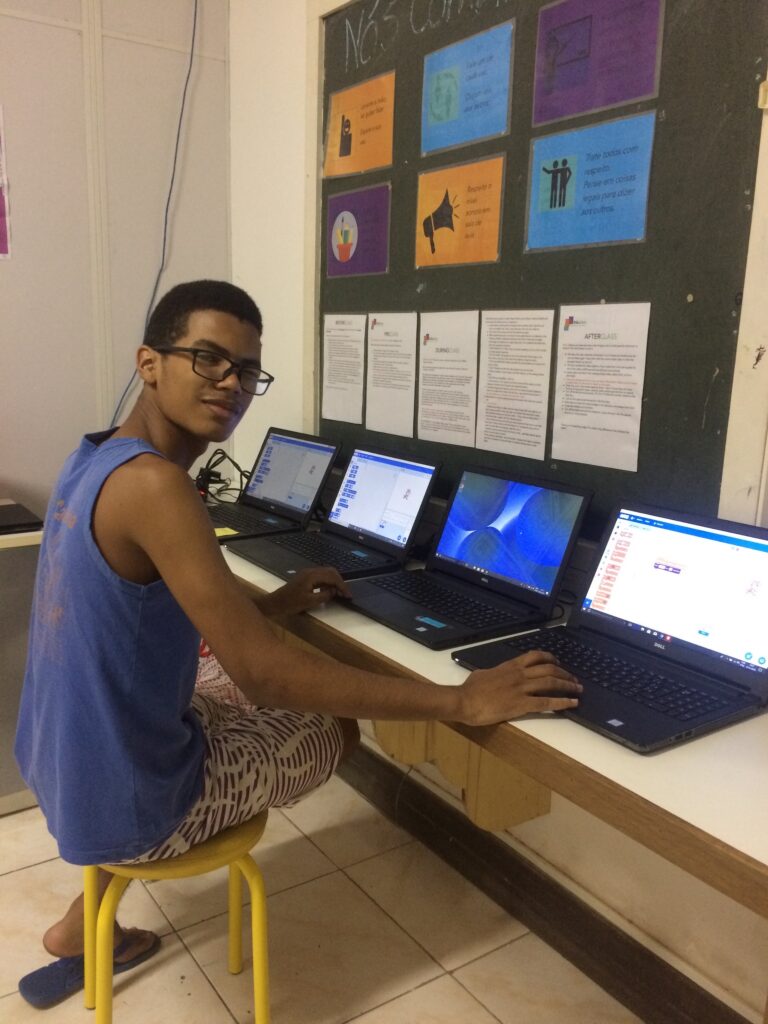 Roger is Brazilian, he studied a year at EduMais’ partner institution Solar Meninos de Luz and is now 20 years old. He studies computer science at Uni Carioca in Rio de Janeiro. From early on, Roger was a fan of logic and enjoyed playing around with Legos. His interest expanded into robotics. During Roger’s participation in the entrepreneurship class, Diana became aware of Roger’s skills. She quickly positioned him to be the second volunteer teacher for the game design program, after Felipe. Roger was the first Edumais student to take on the role as teacher.

The aim of the program is to support kids in developing vital skills in programming. In our fast-paced world, computer science knowledge is indispensable and opens doors for the kids’ future. Programming is not only about the language itself, but it spurs critical thinking and triggers logical reasoning and creativity.

Because programming requires a solid basis in logic, the course is available for students in or above grade six. Mathematical concepts such as Cartesian Coordinate System and Boolean Variables make up foundational knowledge for a thorough understanding of programming.

The classes start with an overview of different websites or games. Students are encouraged to critically analyze them and understand what is important from a user perspective. This serves as an ideation period for their own games. The fun part follows, in which Roger supports the children to build their own game using Scratch. Scratch is a visual coding language, and doesn’t require any previous coding experience.

Roger shows the kids what blocks need to be dragged and dropped and which code needs to be used. He also gives the children time to research by themselves on the internet. This is also an important part of supporting the kids to be more autonomous, so that they can learn by themselves, just as Roger did. After the first game, which the group creates collaboratively with Roger’s help, the children are able to apply the acquired concepts and create games of their own.

Positive Discipline is applied in the game design classes. Roger reports that the biggest challenge was to direct the same attention to each child. Though he felt the urge to support the students who were having more doubts, he remembered that attention needs to be directed to all students equally. The fastest students also need support in being challenged, while the class moves forward step-by-step.

Roger interestingly shared that he likes programming because for him “it is more about the challenge than the result”. Who doesn’t enjoy cracking the case and the feeling of accomplishment? Our kids feel this too after they have created their own games!

Hannah first got involved with EduMais in 2016, when she was working for the Rio Olympics. Through her job, she was able to provide tickets for select EduMais students to attend some Olympic games. After the games ended, she began volunteering regularly with EduMais in the after-school program.

Two to three times a week, Hannah would go high up into the community. EduMais provides a room with a lot of games, a table, a bathroom, as well as a rooftop with some space to play sports for a maximum of five kids – they come in with a lot of energy! 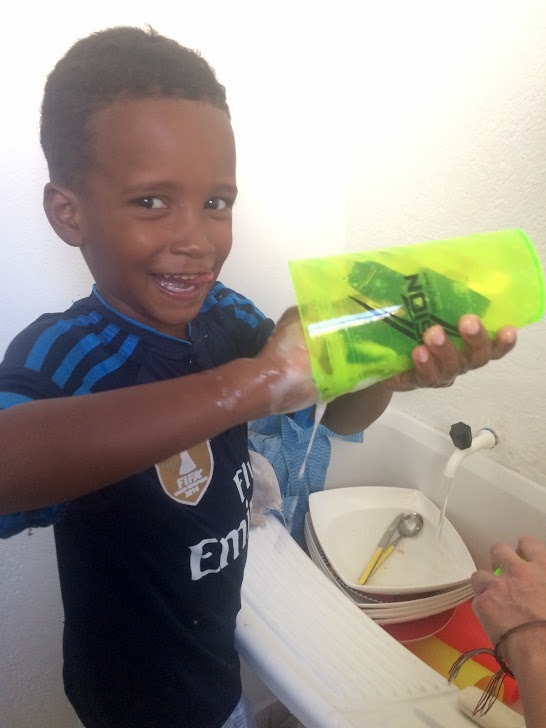 The after-school program starts with an initial welcome circle where the volunteers and children share how their day and week is going. After circle time, the kids get excited with all the table games EduMais makes available! The games are in English, in order to help kids learn some vocabulary about animals, countries, fruits or hobbies. Playing sports on the rooftop is also part of the after-school program. Soccer is a favorite, stimulating activity. At the end, a healthy snack is provided to the kids. Together with the volunteers, the children set the table, eat and help clean up at the end. A closing circle concludes the program.

Positive Discipline is also a very important part of this program. As a long-term volunteer, Hannah was able to observe the development of the children’s behavior. It is common for the kids to test the volunteer’s boundaries, which is why it is very important to be firm and kind. The children come with a lot of energy from their daily routine and it is important for them to be mindful during the after-school program. Hannah mentioned the challenge of having each kid sitting still and talking about their day one-by-one, without interrupting each other. The sports section of the program really helps the children burn all that energy!

Hannah was the one to suggest that EduMais could also support these children in getting to know their city better. The kids don’t often have the chance to leave the community they live in. Even the closest places, such as the Jardim Botânico, the Lagoa Rodrigo de Freitas or Leme, can be left unexplored by the surrounding community. Hannah started taking the children on field trips. They have gone to Jardim Botânico, up to Christ the Redeemer, to  Sugar Loaf mountain, all of which have broadened the children’s horizons and showed them a world of possibilities around them. Fun-fact: Hannah remembers the first time she took Davi on a field trip! Apparently, he was not used to sitting in a car and the trip ended up being a challenge on his stomach 🙂 Since Hannah instituted this culture, many more volunteers have taken the children on new adventures around Rio!

The Game Design and After-School programs provide meaningful connections and knowledge to the children, as well as to the volunteers. Though Roger was the first one to teach game design, EduMais is eager to provide more Game Design classes once the pandemic eases. We hope to see the After-School program up and running again as well, once it is safe to do so. EduMais counts on their volunteer’s help to keep this project up and running and is thankful to it’s many volunteers.

If you ask me, I find the Game Design and After-School programs pretty cool, what do you think?

Would you like to volunteer at EduMais or find out more about our programs? Feel free to contact us at info@edumais.org. See you in Rio!