The Favelas Where EduMais Works

Rio de Janeiro – otherwise known as A Cidade Maravilhosa, the Marvelous City – is one of the most beautiful cities on the planet. Its many attractions include its world-famous beaches, Carnival, Christ the Redeemer statue, and Sugarloaf Mountain, as well as many more besides. Put together, these form a picture-perfect postcard dominated by the 4 Ss of Rio life: sun, sand, samba, and soccer.

However, this is only one side of the story. For many of the city’s residents, this paradisical image couldn’t be further from the challenges of their daily realities.

Although precise figures are difficult to determine, some 2 million people, about 20% of Rio’s population, live in 1000 neighbourhoods known as favelas. These are “settlements characterized by informal buildings, low-quality housing, limited access to public services, high population density, and insecure property rights.”

EduMais works in three such favelas, Pavão-Pavãozinho and Cantagalo, known collectively as PPG.  Located between Copacabana and Ipanema, they form a dramatic contrast to the wealth of Rio’s South Zone.

According to the 2010 census, PPG’s combined population is just over 10,000. However, due to the difficulties for census takers in favelas, the real population is likely to be double that.

Over 4,000 children and teenagers make up this probable population of 20,000 people. Of these:

50% live in poverty
14% are at-risk of dropping out of education
6.2% are out-of-school children

We believe they have the same right to a good education and peaceful life as their wealthier neighbours. EduMais’s mission is thus to equip them with the tools and skills to build a brighter future for themselves. 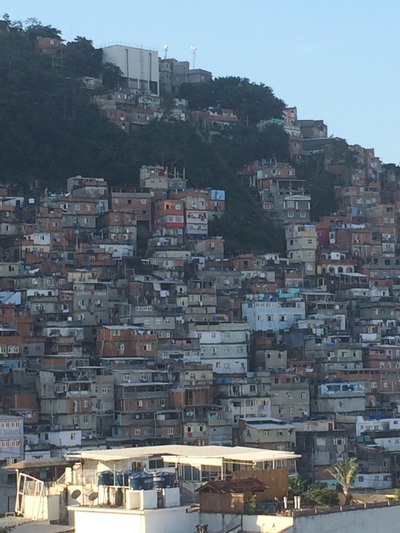 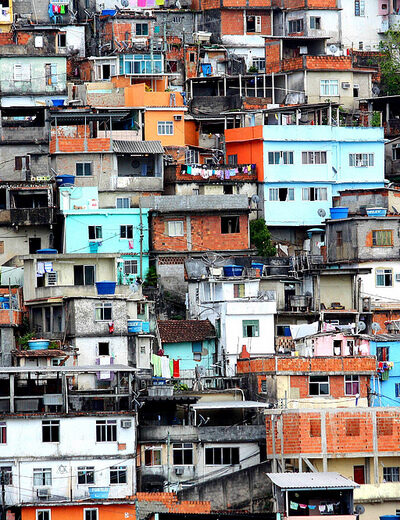 What's in a Name? FAVELA

Many commentators translate favela as ‘slum’ in English. Yet this is incredibly problematic. As Alan Mayne argues, the word slum has such a strong hold on the popular imagination that once you use it “you are caught in constructs that can’t be stripped away.”  Both favela and slum are, Mayne suggests, “trigger words used to evoke a particular response.” They immediately brand and define these spaces as undesirable.

To escape the negative connotations of favela, some residents now prefer to use terms like morro (hill) and comunidade (community). There is just as strong an argument, however, to reclaim favela. The musical genre, Rio funk, for instance, contains many examples of residents attempting to revalue the term.

This is a complex argument with merits to both sides. At EduMais, we tend to follow the advice of a local NGO involved in favela advocacy, Catalytic Communities, to “call them favelas.”

Whatever name is used, the most important thing to recognise is that in favelas “needs and deficiencies are real but are not the whole reality. The people in the favelas have problems but they are not ‘the problem’” (Perlman p.ix). Unfortunately, there is still a long way to go for this view to have general acceptance.

Media, Violence, and Stigmatization: What EduMais's Students Are Up Against

Favelas have suffered from stigma since they began to pop up in Rio at the end of the nineteenth century. Indeed, it took nearly 100 years for favelas to be visible on official city maps (Perlman p.174). Even their first legal recognition in the 1930s was bittersweet: they were called an “aberration” (Perlman p.27).

Since the 1980s this image has only got worse. Owing to Leonel Brizola’s decision to forbid police to enter favelas in the middle of the decade, a different power took control: drug trafficking. The subsequent violence from gang disputes continues to this day. Regrettably, this is now the first thing people think of when they hear the word favela.

This is not only true in Brazil. For example, the popular film, Cidade de Deus (City of God), brought this violent narrative to a global audience in 2002. A section of the first-person shooter game, Call of Duty: Modern Warfare 2 (2009), is also based in Rio. In fact, Pavão-Pavãozinho and Cantagalo were the models for the game’s favela!

Yet there is a problem with these constant portrayals of violence, particularly among the news media in Brazil. Though they make for a compelling story, this is nevertheless a reductive one. They produce a distorted image of the reality of favela life, ignoring its other sides. They fail to recognise the joy and laughter that persist among the tears and death.

In fact, the media coverage of favelas only serves to increase public approval for a heavy-handed police response, perpetuating the cycle of violence. In 2018, deaths at the hands of Rio police increased by 35%. Something has to change.

Overcoming the Stigma: EduMais's part in changing the narrative

Favelas and their residents have so much more to offer than the media narrative would have you believe! Indeed, in many ways, they are the heartbeat of Rio de Janeiro. Cultural phenomena like samba and Rio funk have their origins in these communities.

This is why Larry Rohter is wrong to state that “Rio is actually two very distinct cities.” The morro and asfalto are, in fact, deeply intertwined. The towering apartment blocks of the rich neighbourhoods were built by favela hands, the musical rhythms that pervade the city crafted by favela minds.

Without favelas, there would be no Rio. They are not the city’s dark side, rather an integral part of its history. As Perlman argues, perhaps “the single persitent distinction between favelas and the rest of the city is the deeply rooted stigma that adheres to them and those who reside in them” (p.30).

Ultimately, this stigma negatively impacts favela residents, particularly the youth. The mix of lower education levels and social prejudice means they are fighting an uphill battle. The narrative of poverty, inferiority, and violence is only perpetuated.

Young people in favelas often face the choice between the “out-of-school/out-of-work dead end on the one hand and the short-life-expectancy-for-those-in-the-traffic dead end on the other” (Perlman p.337). And that, after all, is no choice at all.

EduMais aims to help the young people of PPG change this narrative. They are talented, lively, smart, and deserve the chance to fulfill their potential. By increasing their access to education, we give them the opportunity to create a better future for themselves.

But to continue giving our students a better chance in life, we need your support!