The personal story and drive of EduMais Founder, Diana Nijboer

Born in the Netherlands in 1965, Diana was fortunate to grow up in a country with great education and healthcare systems. Her upbringing, however, was far from all rosy. Physical and emotional trauma, as well as sexual abuse, marked her childhood. She unwittingly gained first-hand knowledge of the negative impact trauma can have on your learning abilities. As a result, she developed a lifelong empathy for young people who pass through similar experiences.

In 2010, Diana moved to Brazil with her husband, Gerard Lenting. Here she hoped to fulfill her desire to work with the less privileged members of society. But life dealt her another shock: in 2011, Diana was diagnosed with cancer and her world turned upside down. Her chances of surviving this life-threatening diagnosis were touch-and-go. Fortunately, the results eventually returned negative and she can now call herself a cancer survivor. 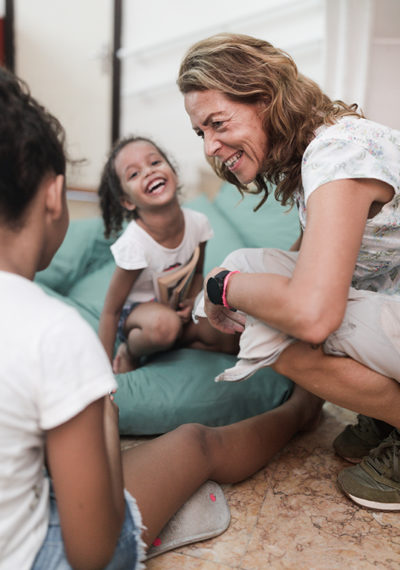 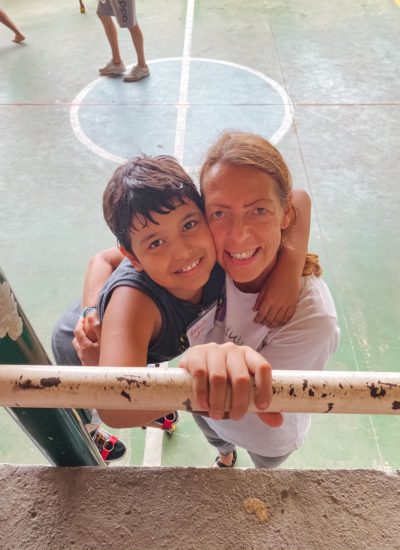 The Move to Rio de Janeiro

Diana’s cancer diagnosis was nevertheless life-transforming. When she and Gerard moved to Rio de Janeiro in 2012, she felt an even greater resolve to give back and to do more. Aware that the Dutch education system had brought many opportunities to her own life, she wanted to extend the benefits of learning and development to those without access to a quality education system. She subsequently began volunteering for a number of NGOs in Rio’s favelas, acquiring experience of how they function, what they do, and what makes a difference.

Another life-transforming experience followed in quick succession. In 2013, Diana entered the Pavão-Pavãozinho and Cantagalo favelas where EduMais now works. Immediately, instead of fear, an inexplicable sense of belonging overcame her. She did not feel unsafe, as many people do when entering favelas, rather curiously at home. She knew, then, she’d found her place.

As she got to know the children and teenagers in the communities through her volunteering work, Diana felt mixed emotions. On one hand, their talents, intelligence and resolve amazed her. On the other, their lack of confidence, self-esteem, and access to educational opportunities horrified her. This sentiment only worsened when Diana became aware of the children’s living circumstances. In many houses, the living room is the bedroom and kitchen all in one space. Many children don’t have their own bed, let alone their own bedroom. This is before even considering the trauma of the armed conflicts that go on outside their homes.

The development of EduMais's Methodology

Living in these difficult circumstances has a profound effect upon these young people’s beliefs and lives. Frequent armed conflicts mean the children can find it hard to distinguish between safety and unsafety. Poverty, sexual abuse, food insecurity, and home instability are further factors causing brain-altering stress for the kids in Pavão-Pavãozinho and Cantagalo. All of this impacts both their behaviour and learning capabilities. Trauma and stress can alter a young person’s brain functions, impinging learning, causing behavioural problems, and igniting a cycle of violence.

Diana started studying this area and was lucky to get to know a lead-trainer of Positive Discipline, Glenda Montgomery. She immediately saw the potential benefits of the democratic learning environment created by Positive Discipline. With Glenda’s guidance, she became a certified Positive Discipline trainer for both parents and educators.

Diana put this training into action by developing an after-school program for one of the NGOs she was volunteering for in 2014. That same year, she became aware of a teaching methodology that had been developed to support traumatized students living in areas of conflict in Brazil: UERÊ. Combined with Positive Discipline, a method had been found to support the students in a successful way. 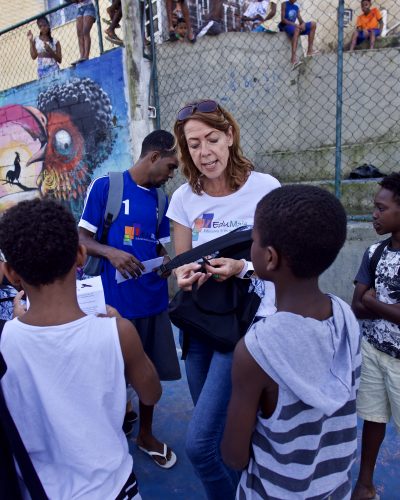 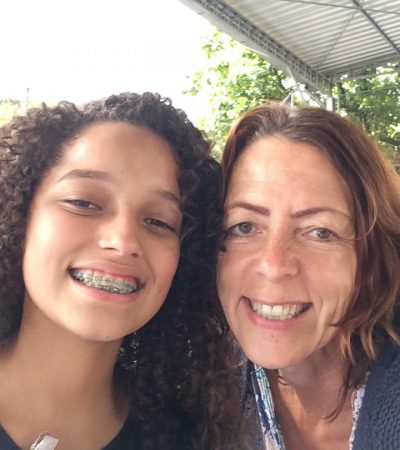 Two years later, a profound desire to provide even more educational opportunities had emerged. After conversations with another NGO Diana volunteered with, Solar Meninos de Luz, the picture became clear: the after-school program needed to be brought physically into the Pavão-Pavãozinho and Cantagalo communities. But not only that: the children needed opportunities to develop essential skills in the modern world, such as conversational English and Web and Game Design. First and foremost, however, they also needed help to process their traumas and develop their social and emotional learning. Without this, their academic potential would be forever blocked and unfulfilled.

EduMais was born! Since 2016, we have seen remarkable changes in our students. To begin with, their behaviour was often very disruptive. The traumas they have suffered obstructed their learning. Now, however, they are becoming extremely adaptable and ever more able to control their emotions and behaviour. As a result, their academic learning has vastly improved, too. What is most rewarding, for Diana, is seeing the students’ desire to learn and grasp the opportunities now available to them. It’s a long-term process but their future grows that little bit brighter every day!

It’s Diana’s goal to set up EduMais’s programs in at least one other favela by 2022. A strong partnership, like the one EduMais currently shares with Solar Meninos de Luz, will need to be established. This is a requirement for successful operation in the favelas.

Diana’s dream is for EduMais to have its own independent school of complementary education by 2026. This school will be based on the same principles EduMais presently holds: developing social and emotional learning alongside academic and physical education. The aim is to provide a complete complementary program of education to support the development of underprivileged students in public schools. Help us to make this dream a reality! 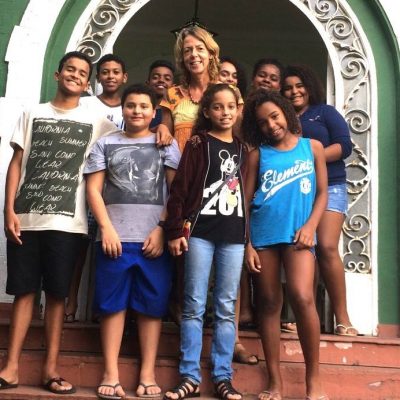