COVID-19 in the favelas: how is the pandemic affecting residents? 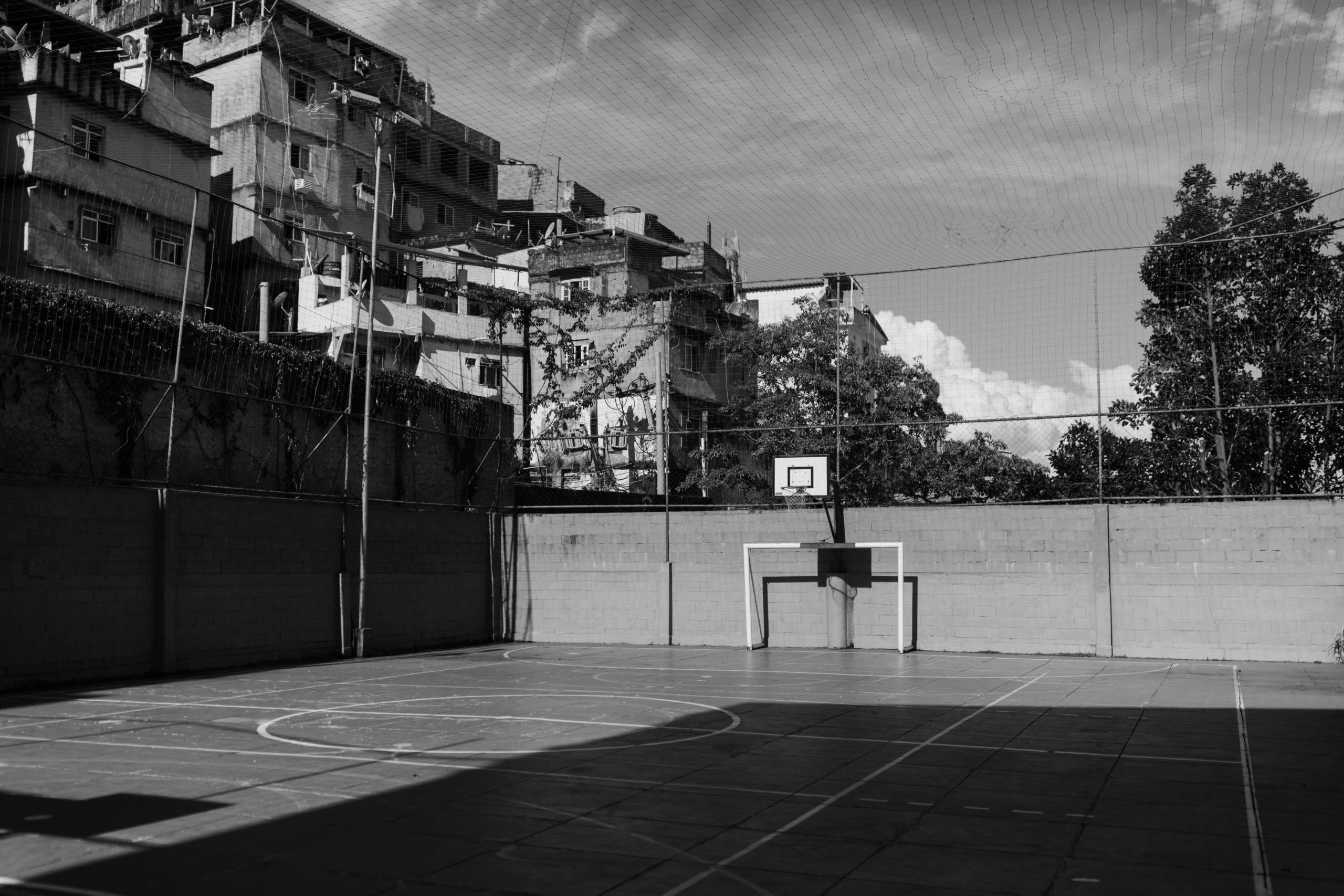 COVID-19 in the favelas where EduMais works: Cantagalo and Pavão-Pavãozinho

The Cantagalo and Pavão-Pavãozinho favelas – known collectively as PPG –  are part of  Rio de Janeiro’s South Zone. The city is divided into three different zones: the North Zone, the West Zone, and the South Zone. The PPG favelas divide the well-known neighborhoods of Copacabana and Ipanema. These neighborhoods are among the most expensive, touristic, and richest in the city.

Differentiating the PPG favelas might be impossible for most of us simply because we don’t live in them. The resident of these three favelas, however, know where “Galo” and “Pavão e Pavãozinho” begin and end like the back of their hand.

For a collective population of more than 18,000 people, COVID-19 in the favelas has become yet another challenge to add to the list and face. There is something very negative in all this: the pandemic will undoubtedly worsen the reality of the communities. Food will be more difficult to get, work will be almost impossible to maintain, and education – the possibility of development for the community’s youth – will face challenges that have never been imposed before.

However, as incredible as it may seem, there is something positive too: the inhabitants are willing to share, to work as a team, to help and to be helped, to cope with the reality that awaits them.

Q.-What does it mean to live in a favela? What does this reality bring with it?

Henrique looks at me and smiles. Although perhaps with different words and intentions, this is not the first time he has been asked this question. Henrique was born and raised in a favela (Pavão-Pavãozinho). Though young, he knows his upbringing subjects him to many questions, preconceived ideas, and stereotypes.

The reality is that discrimination is rampant in Rio. The social differences are noticeable as soon as you start walking down any of the main avenues of the rich neighborhoods of the South Zone.

Many people live on the streets and many more are crowded into the hills and mountains that surround the city. They make their own houses; they build them on top of each other and try to make space where there is hardly any left. But it is that or nothing.

Life before COVID-19 in the favelas

Henrique: “Living in a favela today is different from the past. When I was younger, my mother used to work at night. At that time, I didn’t have light at home because we couldn’t pay for electricity. And obviously, if you don’t pay, you can’t complain to anyone, right?

“It was dangerous, a lot of shooting, maybe two, three times a week… A lot of times a week. You don’t know what to expect. You go to school, and you don’t even know if you’re going to make it to class. Shootings between police and organized crime are frequent, violence is used to eradicate more violence; however, it only manages to multiply it.

“I started going to college this year. On weekdays, I wake up at 5 am and go home around 3 pm. At the weekend, I usually stay home until mid-afternoon, then I try to go for a run on the beach.

“Well, all this before confinement, of course. Actually, I like to run, I love to feel free. When I came back, I used to stay for a while in the street, in the favela. I hung out with friends in places where we like to get together with more people from the community. People play football, drink beer, and enjoy the good company. That used to be my routine before COVID-19.” 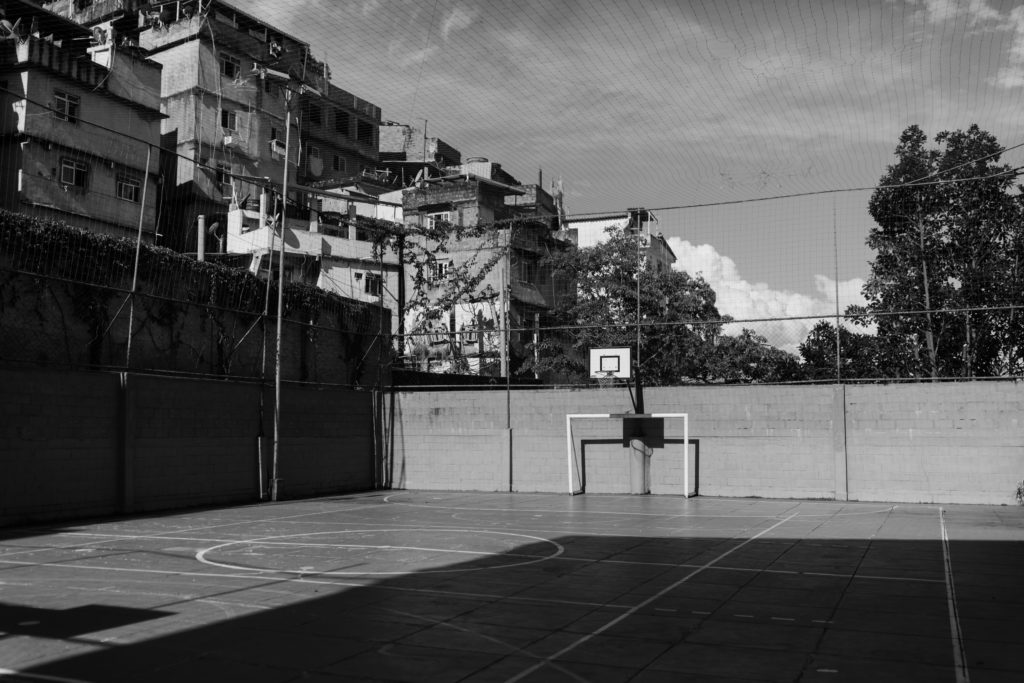 The “luck” and “privilege” in a favela

Henrique studies Mechanical Engineering at UERJ (State University of Rio de Janeiro). The COVID-19 pandemic forces him to stay at home and prevents him from continuing with his face-to-face classes.

H.- “I am lucky, I can say that I am privileged. I have a computer and a mobile phone to entertain myself at home. This is where I study. And now, I have decided to attend online mathematics classes on my own because my university hasn’t yet prepared the distance learning program for us.

“I think about the children, the young people who are not so lucky. Many still go out on the streets and play in the community areas of the favela. I’m worried because I know it’s not the best time to go out. But I try to understand them: what other option do they have?

“If they stayed at home, they’d have no other entertainment than staring at the wall all day.” 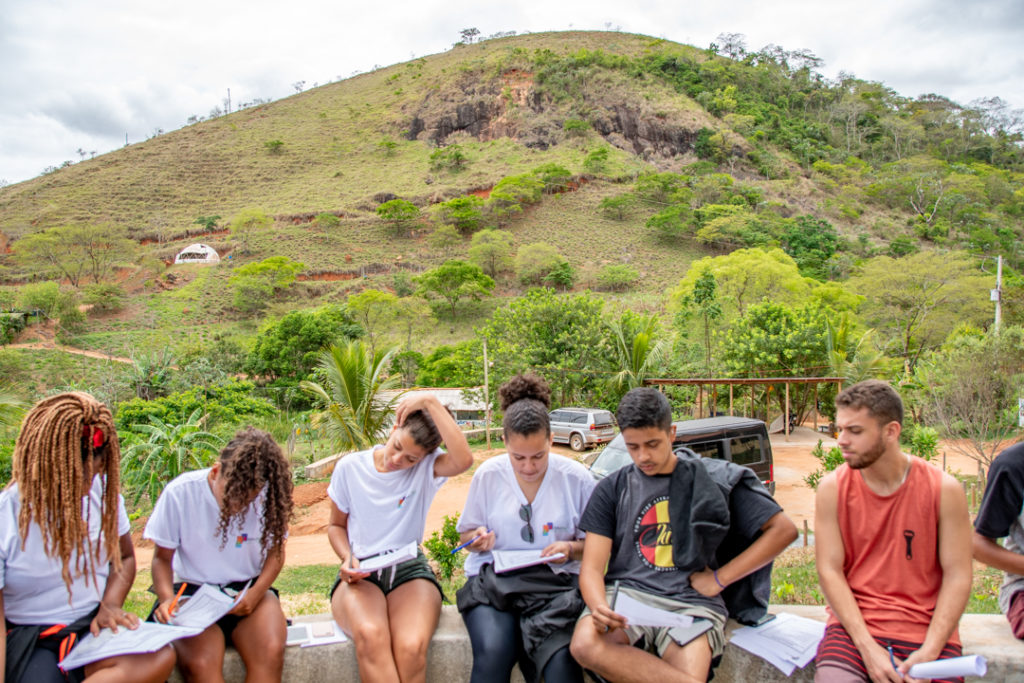 Henrique (in the black t-shirt ) with his student colleagues at the Skill Building weekend for EduMais’ Entrepreneurship/Enter the labor market course. Photograph: EduMais.

The challenges of COVID-19 in the favelas

While I’m talking to Henrique, Diana nods her head. She knows the reality Henrique is referring to well. She has dedicated her later life to working with children in situations of exclusion and has made education a positive weapon with which to fight poverty, abuse, and social discrimination.

Diana: “This is all the more so given the overcrowded conditions in which communities live. This weekend, I was talking to one of the mothers of the children we teach. She is also young. She used to combine different tasks to get a more or less decent salary every month: hairdressing, cleaning. Now,  she can’t do any of that. She stays at home in a very small house that she shares with her seven children.

“Many houses here don’t even have windows. You can’t count on a minimum of space to have time for yourself, to really be alone. Understanding the urgency of what is happening or the importance of isolation, living in these conditions, is almost impossible for these people. We cannot blame them. 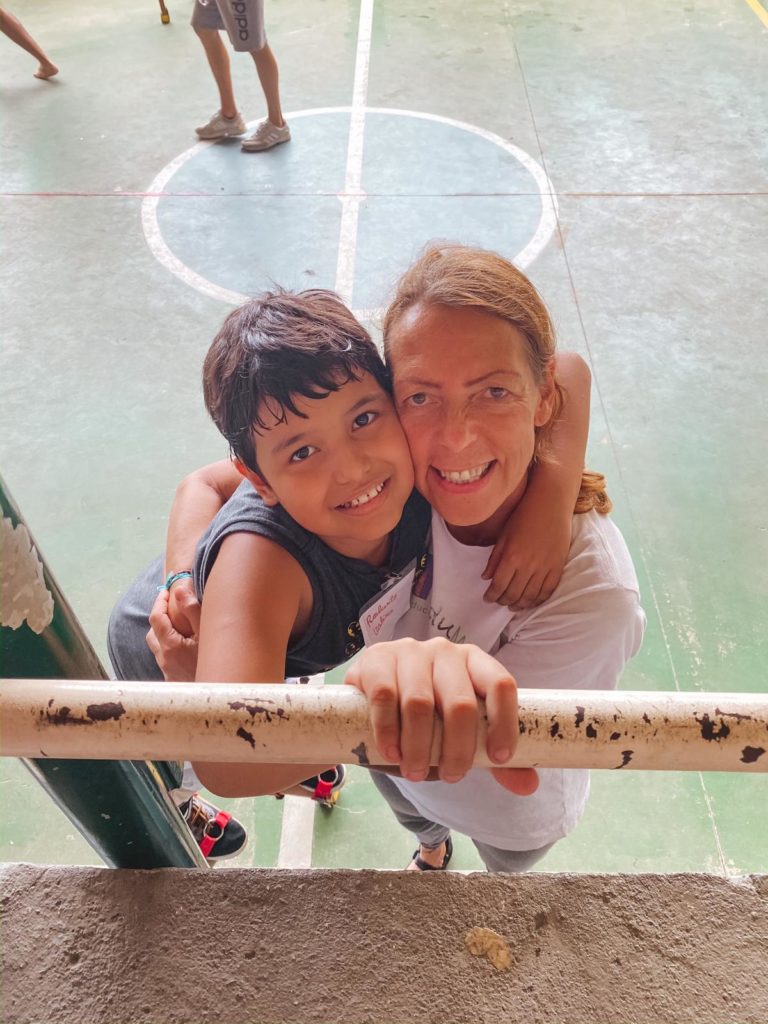 D: “Something very few people know is that even within the favelas there is social discrimination and inequality. Favelas are organized by sectors: the lower you live, the “richer” you are. Those who live at the top of the hill are usually the people with the least economic capacity. They are almost non-existent and have minimal opportunities for work and education.

“This is another big problem because, even within the favelas, COVID-19 can affect some more than others. The higher houses lack water, light, and even bathrooms. In addition, we who work in organizations and associations often have more restricted access to these areas.”

Along with overcrowding, another of the main problems of any community is the lack of access to clean and potable water. During the months of January and February, the city of Rio de Janeiro faced a serious water-related crisis. This crisis has affected the entire Carioca population, both outside and inside the favelas.

Water, soap, and isolation are the main measures recommended by the WHO (World Health Organization) to combat COVID-19 infections. The Cantagalo and Pavão-Pavãozinho favelas (like the rest of Rio de Janeiro’s favelas) do not have the possibility to carry out any of them.

Q.- What things have changed in the favelas since COVID-19 arrived in Rio de Janeiro?

H.- “Many people here are informal workers who have dedicated their entire lives to selling products on the street or on the beach. Now that there is not so much movement due to the isolation measures, it is becoming very difficult for them to get money. People are trying to find new ways to get money. If you take a walk around the community, you will see many people buying and selling gold, for example.”

Although the Brazilian government has been willing to ensure a monthly salary of 600 Brazilian Reais for the country’s informal workers to cope with the current crisis, this figure is still very low for families living in the communities. To give an idea of the estimated figure, 600 Reais is equivalent to about 105 Euros per month.

H.– “My mother and her husband stopped working. They are formal workers, but still, they have reduced their salaries quite significantly. The possibility of working at home does not exist for everyone, it is for the rich. Not everyone has a computer or knows how it works. I know that today we can survive, but in two weeks if I don’t get some help from the government, I don’t know what will happen to me and my family. I hope to have access to food baskets that come from the government, from residents’ associations, or from Solar Meninos de Luz.”

Even when he finished answering my question, Henrique smiled again. He had spent most of the conversation with a smile on his face. But even though he is young, even though he puts on his best face and tries to be positive about it, he is clear that the situation is critical. He is worried:

“Right now, what we need most is that help, because the only important thing is to find a way to survive this.”

Help us mitigate the effects of COVID-19 in the favelas in Rio de Janeiro and donate to support. If you have any other ideas, please contact us: info@edumais.org