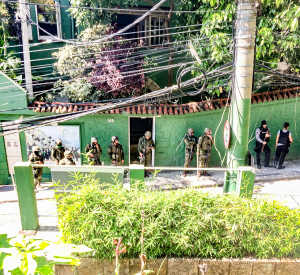 Yet we feel it necessary to paint a picture of the potential effects of these results upon our work. Although we are not quite sure what lays ahead – nobody is – there is nevertheless plenty of reason for concern.

Indeed, rather than a beacon of hope, many observers argue his election is a “celebration of ignorance, machismo and lies.” Others see it is as a demonstration that “Brazilian democracy is in serious crisis today.” With his pro-torture and pro-dictatorship declarations, threats of imprisonment or exile to anyone who opposes him, and an extensive back catalogue of deplorable comments about most everyone who is not a white, straight man, Bolsonaro’s victory may instead have ushered in a future altogether darker, intolerant, authoritarian.

The signs aren’t good. Police have raided universities. Over 140 reporters have been the victims of threats and violence. And in the ten days leading up to the first round of elections alone, over 50 acts of politically motivated violence were committed.

Nor should we forget that the president-elect was the victim of an assassination attempt in the run-up to the election. A clear sign, some might say, of the possible consequences of his divisive rhetoric. 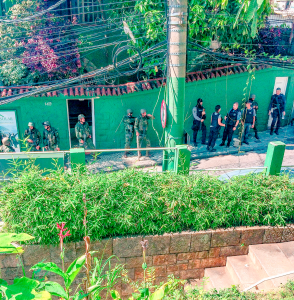 A week before the second round of elections, the favelas where EduMais works felt the effects of these increasing tensions.

On Sunday 20th October, the military police entered the favela. Pro-Bolsonaro supporters gathered in a parade close by cheered on the police’s shots. One suspected drug trafficker was killed, another wounded. An unsuspecting woman took a stray bullet to the face.

Retaliatory fire, as well as electricity outages caused by a generator being shot, defined the following days. For safety reasons, both EduMais and its partner organization, Solar Meninos de Luz, had to close down our operations. Unfortunately, this is an all too common story across the city.

Staggeringly, by the end of October 2017, there had been only eleven days when all schools had managed to open over the course of that school year. Here in Brazil, the school year ends in December.

We have felt these effects too often ourselves. This year alone, we’ve lost not just days, but weeks of education.

The victims of this violent upturn are not only, therefore, those who lose their lives. The children and teenagers we work with face a direct impingement of their educational development. Traumatic experiences of gun battles near their homes only makes things worse.  If the situation intensifies, these talented young people will only fall further behind, through no fault of their own.

In this event, Maurício Santoro, a political scientist and Professor of International Relations at Rio de Janeiro State University, has called on Brazil’s “social movements and NGOs … to step up courageously to defend civic freedoms and work with international allies.” There may come a point where, in the defense of equality and human rights, we have to risk ourselves by lifting our head above the parapet. But to not do so would only put EduMais’s children and teenagers at further risk. We will need you, in this case, to advocate, support, and keep a spotlight on events as they unfold.

For the moment, life, as they say, goes on. We still see predominantly smiling faces. Excitement is building for the summer holidays, Christmas, New Year, and Carnival, as well as our summer camps.

Another event is on the horizon: the Rio half marathon on 9 December, only 2 weeks away! Several members of our volunteer team and even one student will be taking part to raise money for our summer camps.

Donate to their fundraiser to help provide a safe, educational space for the children over the long summer holidays.  You’ll keep them off the streets at a time when they’re at more risk of getting into trouble.  Help us to make sure the new year – and the new political era – gets off to a positive start.