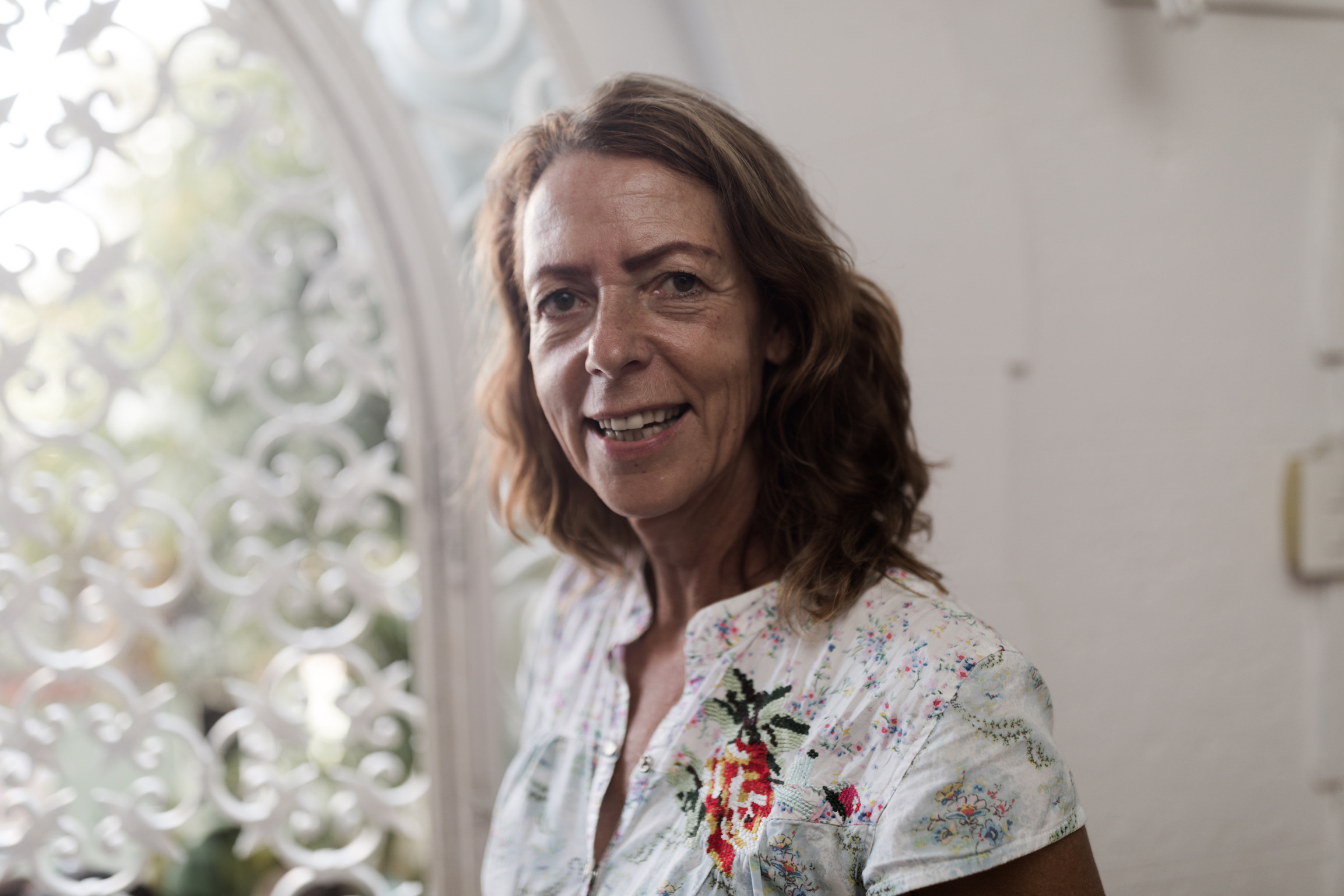 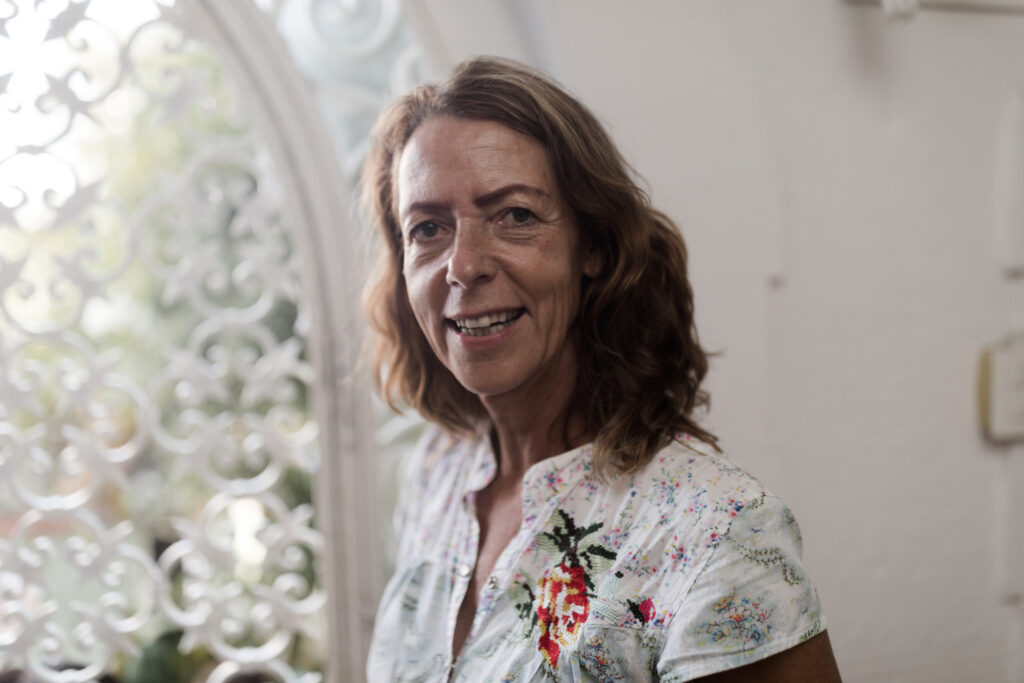 by Jessica, with the help of all EduMais Volunteers

How Just One Woman Changes the World

Diana. You might wonder, who she is. Or where she came from. You might also ask yourself how she is involved in EduMais. Is she “just” the manager? Does she go to all classes, does she know all students, does she speak to all volunteers?

Who is Diana and what is her role at EduMais? I asked all former and present EduMais volunteers to help me put Diana’s role and involvement into words. 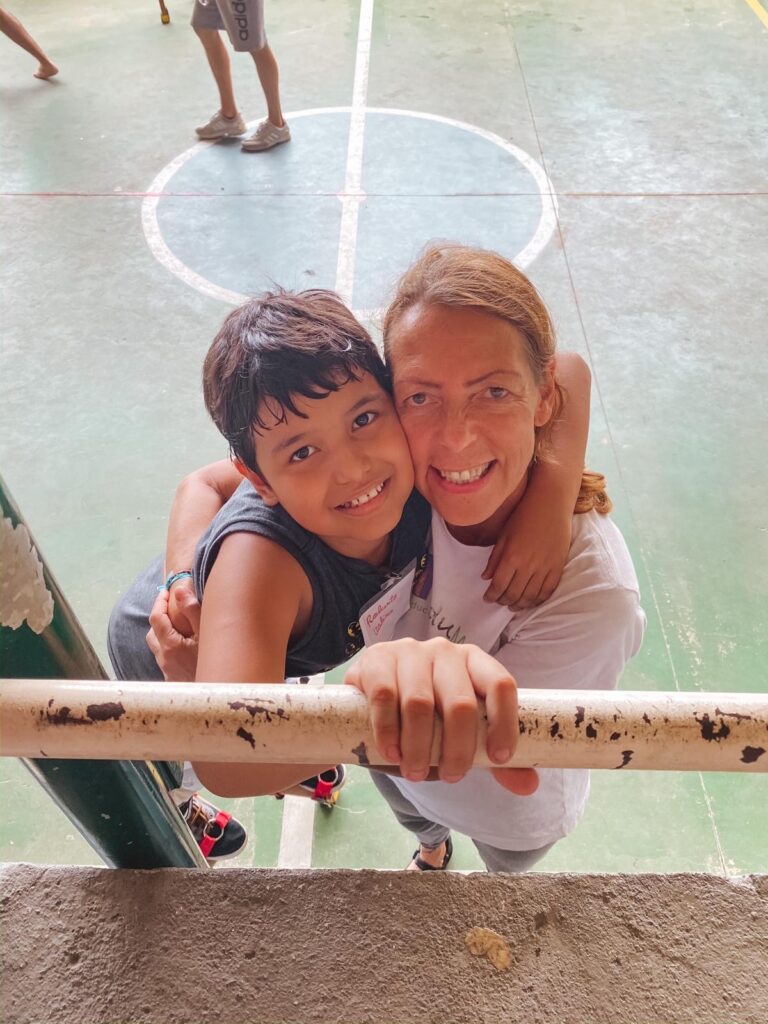 Diana was born and raised in the Netherlands and worked in HR for a long time. Her husband, Gerard, is involved in the organization of the Olympics, which is why Diana travelled to many countries, including Qatar and ultimately Brazil. In Brazil, something happened: “I will never forget when she told me how she felt the moment she first put a foot into the Pavão-Pavãozinho and Cantagalo (PPG) communities. She said she felt like she arrived “home”. She felt the calling she has to help this community… as if she has lived in this community in a prior life!” (Karin).

In 2016, Diana founded EduMais. You can read the full story about the founding of EduMais here. Since then “Diana has been the heart, soul, backbone, brain and loving hands of EduMais” (Mahan, Daniel, Karin & Julia). Diana is involved from “head to toe and from waking up until going to bed” (Coen). This means that Diana’s involvement goes far beyond EduMais’ backoffice. 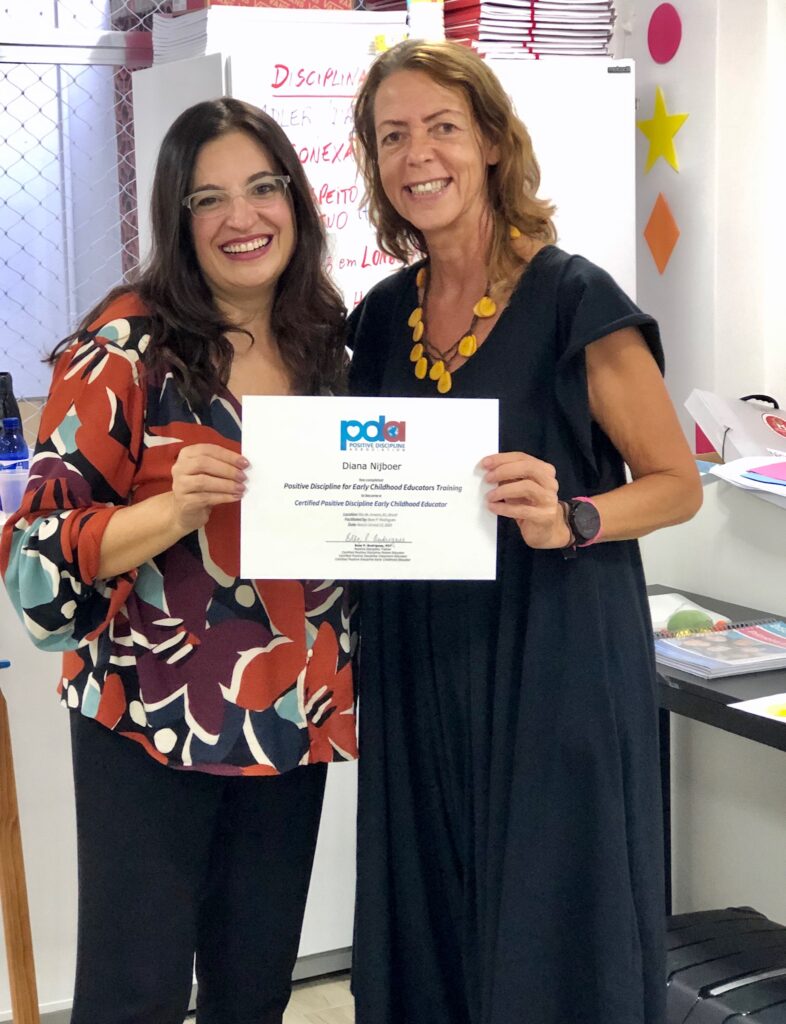 Diana is the manager of all EduMais activities. She oversees all aspects from fundraising, recruiting, class organization, to marketing, trainings and public relations. Diana knows the kids and their families personally and one-by-one. Because she volunteered at PPG long before she founded EduMais, she knows the harsh reality of life in the favela and the challenges the students and their families face every day. Diana maintains a very close relationship to the students and supports them as much as she can. “She loves them as their own” (Flora).

“Diana is involved in all aspects and details of the NGO. She is present when preparing the class, she is often present during the class and is present with the kids from PPG apart from the classes. The last part can be noticed when she brings in new information about the students, she picked up out of class! I witnessed her learning about marketing through social media and was impressed by the speed she picked things up and how she organized things internally in order to guarantee the best results for Edumais” (Albert).

Diana is also an ambassador of positive discipline. As a certified positive discipline trainer, she is present in almost all classes to guide the volunteer teachers on their firm and kind leadership and teaching. “Diana has helped me and other volunteers gain valuable insights into Positive Discipline which has allowed me to grow as a teacher and as an individual” (Emily).

Diana’s Interaction with the Volunteers 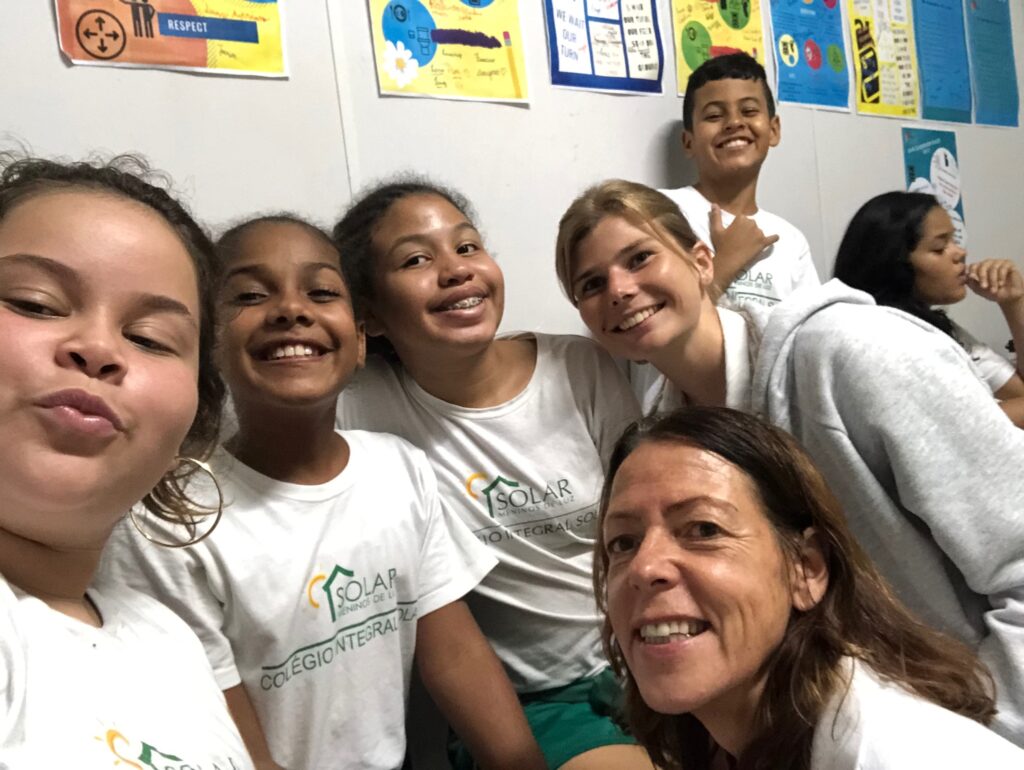 If you ever volunteer at EduMais, be sure that Diana will meet you on your first day and guide you personally through every step of the way. “Diana is not only the formal founder of EduMais, but also a fearless leader, personal mentor, and powerful cheerleader for everyone involved in the organization” (Victoria). This applies to the volunteers as well.

Each volunteer is welcomed by Diana. I believe Jules found the right words to describe Diana’s guiding role: “Diana gave me some very good advice one day, about how to sort myself out to be more proactive, and it was something around the lines of ‘make yourself feel good before you try to make anybody else feel good’. When you meet Diana, I think she acts as a life guide as she can sense when things are not going well and she always knows exactly what to say!”.

Diana as a Mentor

This means, Diana provides guidance on teaching techniques. Anna remembers a good tip Diana shared with her “Teachers shouldn’t need to keep the students happy. A teacher needs to set boundaries and the students will benefit more from that and ultimately have a closer bond.” 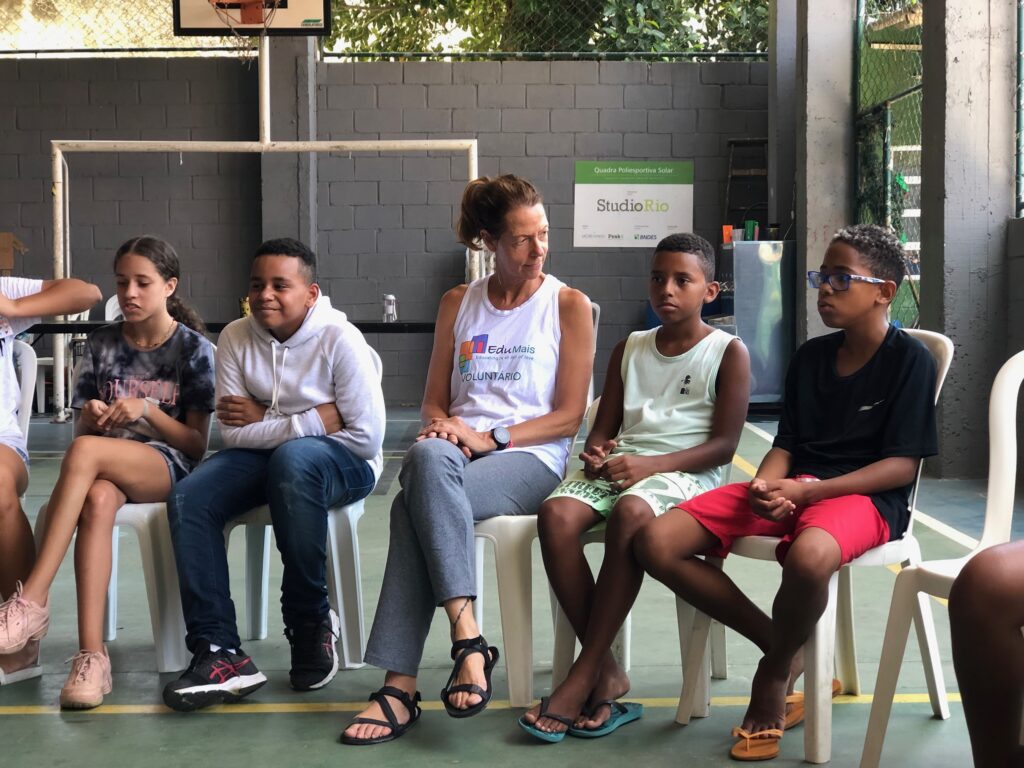 However, Diana will also be available to be your friend and mentor for any other personal or professional situations you’d like to share with her. I am also a former volunteer and taught at EduMais in 2019. Since then, I have kept in contact with Diana and she has supported me in many decisions along the way. As Daniel also remembers Diana telling him, “it’s important to always be somewhere where you feel valued”.

You can count on Diana to be present in classes, to teach the principles of positive discipline, give practical tips on how to create a connection with the kids. You will also find her I every social event, be it a get-together after class, a birthday party or a farewell event.

It is amazing how Diana dedicates her whole life to other people. First and foremost, the students at EduMais. Then their families. And then the happiness and feeling of accomplishment of everyone who joins her in her life path.

So about Diana’s Role: “I can be very brief about this: Diana=EduMais and EduMais=Diana.” (Daan) 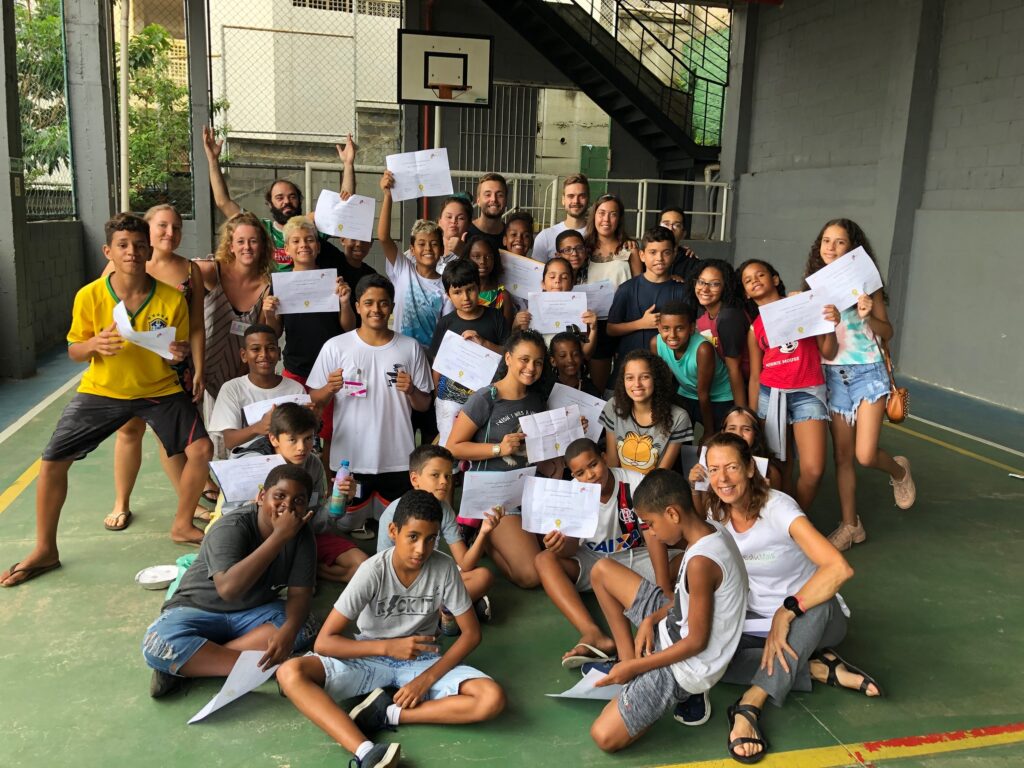