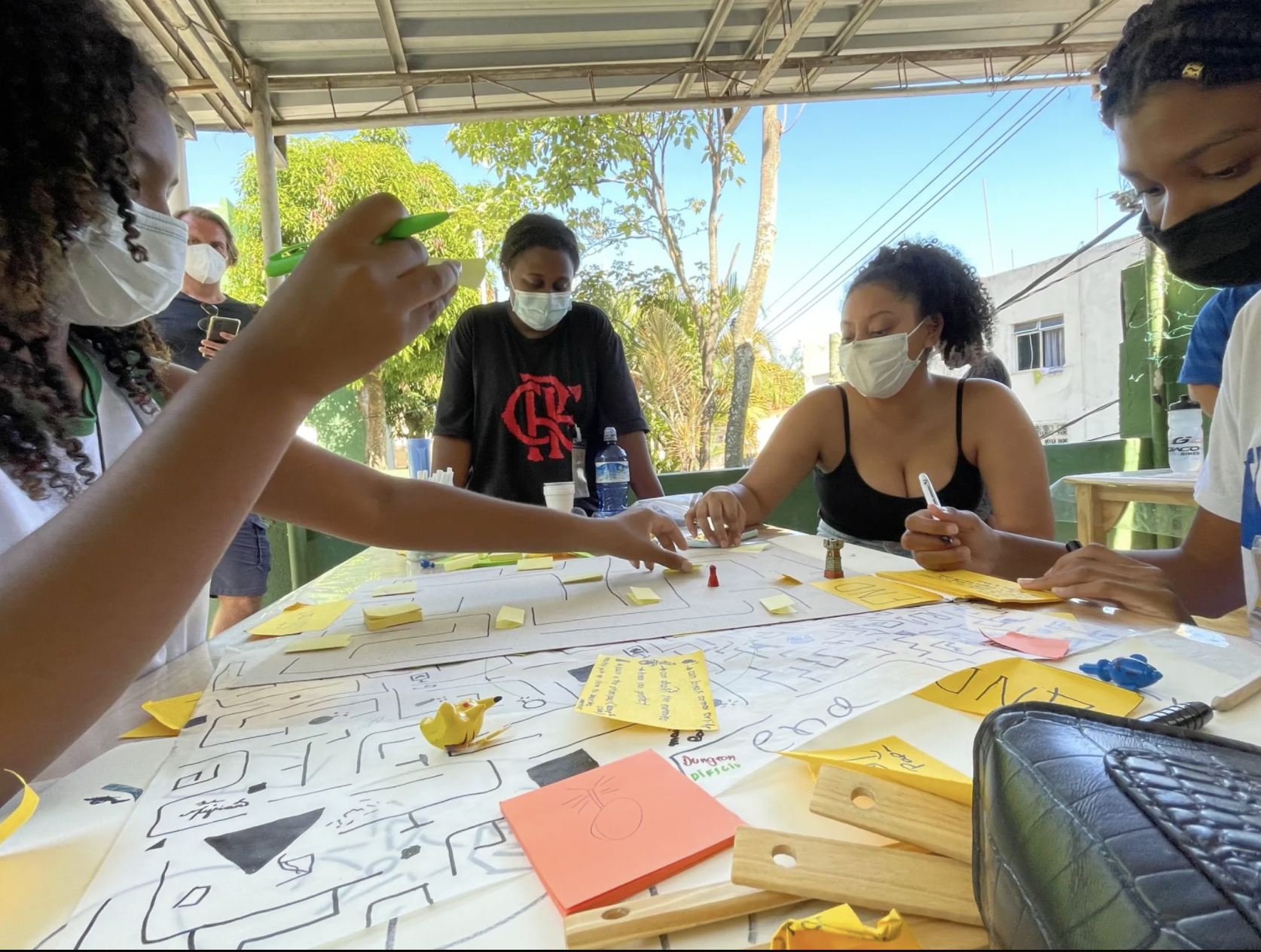 Dutch experts teach how to make games in slums
‘Don’t shoot, this man is a teacher’

A group of Dutch video game experts visited the Brazilian slums to teach children how to make their own games. Can game design help kids that live in one of the most notorious slums in the world?

The heat is sweltering in Rio de Janeiro. Along the beaches and boulevards of Copacabana and Ipanema shine the shiny glass of skyscrapers and office buildings, but on top of the hills in the favelas it is a different story. These are the slums, notorious for their crime and poverty, where millions of Brazilians must hold their own every day. The police don’t like to come there; order is maintained by drugs gangs armed to the teeth. Outsiders rarely show themselves here. It is not a tourist attraction. 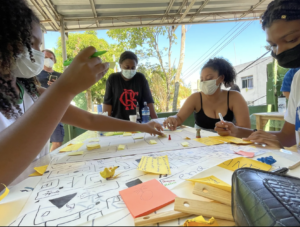 Fortunately, Jurriaan van Rijswijk (52) has a local guide and host. “When we met someone with a gun, my guide immediately said: ‘Ele é um professor.'” In other words: ‘Don’t shoot, this man is a teacher. He’s teaching my daughter.’ Jurriaan is allowed to continue. He is temporarily part of the community, a teacher with a special field. “We are here to teach children how to make a video game.”

Jurriaan arrived in Rio de Janeiro with his wife Sandra (51) and two colleagues, game expert Rob Tieben (39) and game designer Menno van Pelt-Deen (35). They are all part of Games for Health Europe, a foundation that Jurriaan and Sandra founded to promote gaming techniques in healthcare. Normally they are involved in projects such as games for rehabilitation programs – education in the third world is an exception.

“It started when we happened to come into contact with Diana Nijboer, the founder of the EduMais Foundation,” Jurriaan explains. Nijboer’s foundation specializes in education in the favelas. “Diana was looking for people who wanted to give practical lessons. We wanted to help, but we make games. Then that would be our subject.”

The plan? Travel to Brazil for a month to organize a course there. Nijboer used her local contacts for the organization and accommodation, while Jurriaan’s foundation made its own contacts in the local game world. Did they want to be guest lecturers? “Brazil is a huge country and has its own game industry. Some developers come from the favelas themselves, they were immediately interested.” The experiment would begin in early January.

For Jurriaan, Sandra, Rob and Menno it was not the first time that they were in front of the classroom. Jurriaan:  “We have already given lessons in game design, in Dutch prisons and in Suriname. But this program in Brazil was the most extensive version.” That’s because this time Jurriaan and his colleagues focused not only on the students, but also on future teachers. “We not only wanted to teach children, but also teach young people how to teach themselves. That is why we involved ‘trainers’, young people who can continue this course.” 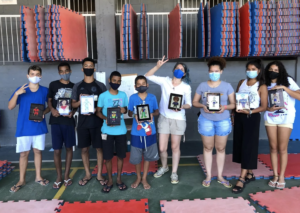 Together with a group of local developers, the Dutch gave children a crash course in game design, from drawing characters to programming the software itself. By the end of the month, they had made their own form of Pac-Man. The yellow animal had been replaced by the children by a doctor who brings corona vaccines. The ghosts became virus bacilli. Not a bad result, but according to Sandra, the project is far from finished: “We are now talking to local organizations. Our goal is that they can help the trainers to teach other children and thus build a new educational trajectory.”

Anyone who thinks of a place like the favelas logically assumes that games are not the highest priority. But according to Jurriaan, that line of thought misses the bigger picture: “The most important thing is that children learn how to use their creativity. Many children can’t or don’t want to program, but game design also means drawing, designing concepts or making lyrics and music.”

Rob Tieben agrees. He wrote a dissertation on applied game theory and sees much of his research in daily practice. “Play is a universal way in which people interact in the world. In the favelas, for example, football is very popular.” Combine that with the resources that are at your fingertips thanks to digital technology such as smartphones, and game design can become a powerful skill. “These children have a lot of life experience and are very inventive. They can figure out a lot themselves, but they need the beginning of a skillset.”

Are those children now full-fledged game developers? No, Rob and Menno explain. “You really don’t learn everything in three weeks,” says Rob, “but you can plant a seed. And they also have computers there with internet. They can develop themselves further. I hope that this course is a starting point from which they can continue themselves. They now know that their work is worth money online. It would be nice if they could earn something with that. And the trainers can repeat this process elsewhere.” 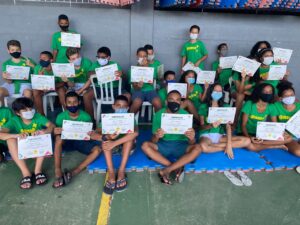 Menno agrees: “It’s not just the children we work with, but also local game developers. They are now involved and would like to stay involved.” He speaks from experience: although this was his first visit to the favelas, he also made educational programs for students and professionals in the game industry over the past decade.

According to him, the real purpose of the visit lies in the future: “You don’t teach the people there things that they can’t teach themselves, but you do help them cross the threshold. You show that a program like this is possible. Now hopefully more organizations and favelas want to participate. Children see that they can make something, and in the long run more projects can come out of it. That’s the difference we made.”