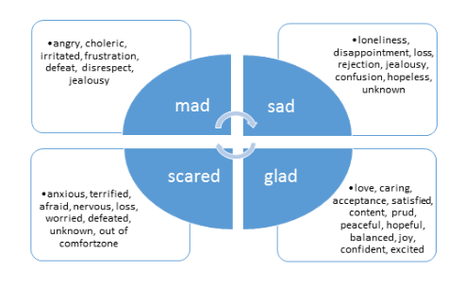 Janelle is shouting and ripping papers in order to retaliate since she feels neglected and treated unfairly. Kim reacts by staying calm, showing that she understands her feelings and encouraging her.

In this experiential workshop in Positive Discipline (PD), EduMais´ volunteer teachers Janelle and Kim from the United States internalized this methodology by engaging in roleplays. As Positive Discipline constitutes the core of EduMais’ actions Diana explained the principles and how to implement them in class. Teachers discussed common challenges, behaviors and their reactions to them. The roleplays gave the teachers the opportunity to implement the theories and to learn how to deal with children’s feelings in a more constructive way. “As a teacher I want to facilitate the most learning possible and I also want to be mindful of the students’ social and emotional well-being” says Kim.

By encouraging and empowering children, PD teachers convey important life skills. Consequently, PD emphasizes children’s emotional and social development equally as the development of academic skills. Through horizontal relationships and a loving environment, children learn to be confident and believe in themselves. Thus, children are educated and raised in a sustainable and long-term oriented way.

Understanding children’s behaviors and feelings as well as finding encouraging ways of interacting with children constituted the core of the workshop. All behavioral patterns are based on four main emotions, as Diana explained on the blackboard. In a brainstorm Diana, Kim and Janelle listed different emotions which can all be allocated to the four main emotions: mad, sad, glad and scared. These emotions build the basis for four common mistaken goals, children exhibit by certain behavioral patterns: Undue attention, misguided power, revenge and assumed inadequacy.

​By interrupting, whining and making disruptive noise children often aim for undue attention. After Diana’s training Kim reacts calmly and kindly to Janelle’s behavior and involves her in specific tasks, which enables her to use her energy in a positive way. Spending some quality one-on-one time together and finding some tasks to do together will make the child feel needed and loved.

Similarly, misguided power is a behavioral pattern based on the mistaken believe: I only count if I am the boss, you cannot make me. In the roleplay Kim wants to show that she has her own will and to prove her power by refusing to work. Janelle reacts by giving her a choice between two tasks, so that she feels empowered to make her own decision instead of forcing her to do something as this would only result in a power struggle and further refusal.

Another common mistaken goal is revenge. When children feel hurt or neglected they want to get even by aggressive and mad behaviors like destroying materials or hitting others. When Janelle ripped papers Kim kneeled down in order to be on her height and showed her that she understands and cares about her feelings. Being positive, suggesting a solution and starting anew makes the child feel respected and loved.

Lastly, assumed inadequacy is expressed by giving up, feeling hopeless and unable to accomplish something. Kim refuses to read, saying she cannot speak English and that the task simply is too difficult for her. Janelle motivates her and suggests to read slowly and word by word. Partnering up, building on the child’s interests and celebrating small accomplishments are effective means in order to encourage children in these situations.

At EduMais we create a loving, caring and encouraging environment to help children becoming happy and well-adjusted children.

​The teachers felt very inspired by the workshop since “Positive Discipline lays the groundwork for creating a nurturing environment for the exchange of knowledge, possibilities of discovery and intrinsic sense of belonging” as Janelle puts it. ​