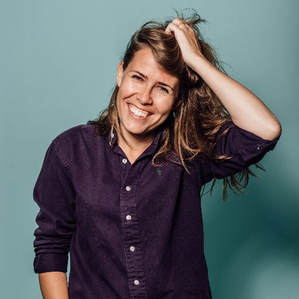 Kites, I’ve never seen so many kites before. They float in the clear blue sky above the Copacabana beach, turn up in the outskirts of the city, past the shiny neighbourhood of Recreio, in the tree-covered hills, in the communities Pavão, Pavãozinho and Cantagalo, in colorful Rocinha, in the parks of Leblon, where people walk their dogs and exit secured shopping malls.

Everywhere in the 6,5-million-inhabitant-metropole Rio de Janeiro people fly kites: kids, youngsters, men and women, parents. Poor, rich, worried, happy, queer, straight, religious, atheist, lonely, loved, going through a breakup, having a day off, taking a time-out, enjoying the view from a rooftop, feeling the sand between the toes, hanging out with loved ones. They move their arms as conductors in the Royal Albert Hall, hold the white cord calm and patiently between their fingers, they pull the cord in a nervous manner, as if they try to catch a fish. At the end of the cord, up in the air, flies a colored fiesta: a paper-and-plastic construct with six corners, picturing the Brazilian flag, a text, a personal photograph, the Nike logo, white dots on a pink background, Aztec patterns.
​
I am here for two weeks now and I have spent a lot time in the ‘favela’ neighbourhoods of Pavão, Pavãozinho and Cantagalo. In these communities the kites have become a guide. Because yes, it is a maze in here, an unbelievably kind and sometimes unfriendly maze. The view from the top is astonishing, all the piled up houses, the colors, the washing lines, the alley have unpredictable corners, there is a dazzling amount of stairs leading to a dazzling amount of houses, some windows have fleece blankets instead of glass, people stare at me because they do not recognize my face – everybody knows each other in this place and they keep a close watch on things – but they also greet me and smile politely, I do the same. Kids run around, play games and read books in the streets. A neighborhood like this has its own orchestra, I hear noises everywhere: motors running, music coming from a house nearby, men building a new story on a house. And also sometimes, in the early morning, at the beginning of dawn or at night: gunshots. Sometimes one or two, sometimes more for a longer period of time. A sound that puts everything on hold: the alleys turn quiet, I feel there is a different vibe in the neighborhood, I don’t hear kids. I don’t see the kites. When the threat is gone, kites are all over the place, like joyous safety-dots: ‘all is good here.’
A kite is meant to be up in the air. It is free and bound at the same time. It is in the sky but it is also part of the ground where someone holds the fragile cord. Both the person and the kite are trying to catch the right breeze, to not touch the ground, to not bump into something or someone, not get tangled up in a web of tapped power wires. With freedom comes the risk of bondage. Most of all, to me, this symbols the kids of the communities. They are as free as a kid should be, but they are born in an area where the fight to become what you want is twice as hard. They grow up twice as fast – I have never seen such grown and spry kids before, they witness things a kid, or any human being for that matter, should never witness, have a lot of uncertain days in an overall warm and caring neighborhood. They do not have all the options a Copacabana kid has. They sometimes see their parents, who are working their ass off to make a moderate living, only at night or in the early morning. Unlike the Solar and Edumais kids, not all kids from Cantagalo, Pavão or Pavãozinho – 4.000 in total, where EduMais´partner Solar only has room for about 400 kids – have the chance to be in school all day: public schools offer only four hours of education per day. So yes, it is tough up here on the hill, and yes it isn’t always easy to be a kid in the ‘morro’.

There is an endless amount of kites up here. And one crashed or broken kite will be replaced carefully, as will a lost fight never mean a lost cause. It is a little piece of freedom that costs only two reals – you can get four cherry lollipops for that price near the main road leading up in the favela, but these lollipops offer way less long-lasting fun. I will take some kites home, give ‘em to my mom, my dad, my brother, a friend, hang one above the desk where I write more stories about Pavão, Pavãozinho and Cantagalo, about the kids, the people from these communities. About the endless amount of smiles up here, a taking-care-of-each-other-mentality. About how these communities are frowned-upon downtown in the rich areas, about people struggling to make a decent living, about growing up in a violent environment. And most of all I will write about the kites that fly the blue city-skies of whole Rio the Janeiro, turning all these different people from different backgrounds and different social classes into one: human beings.